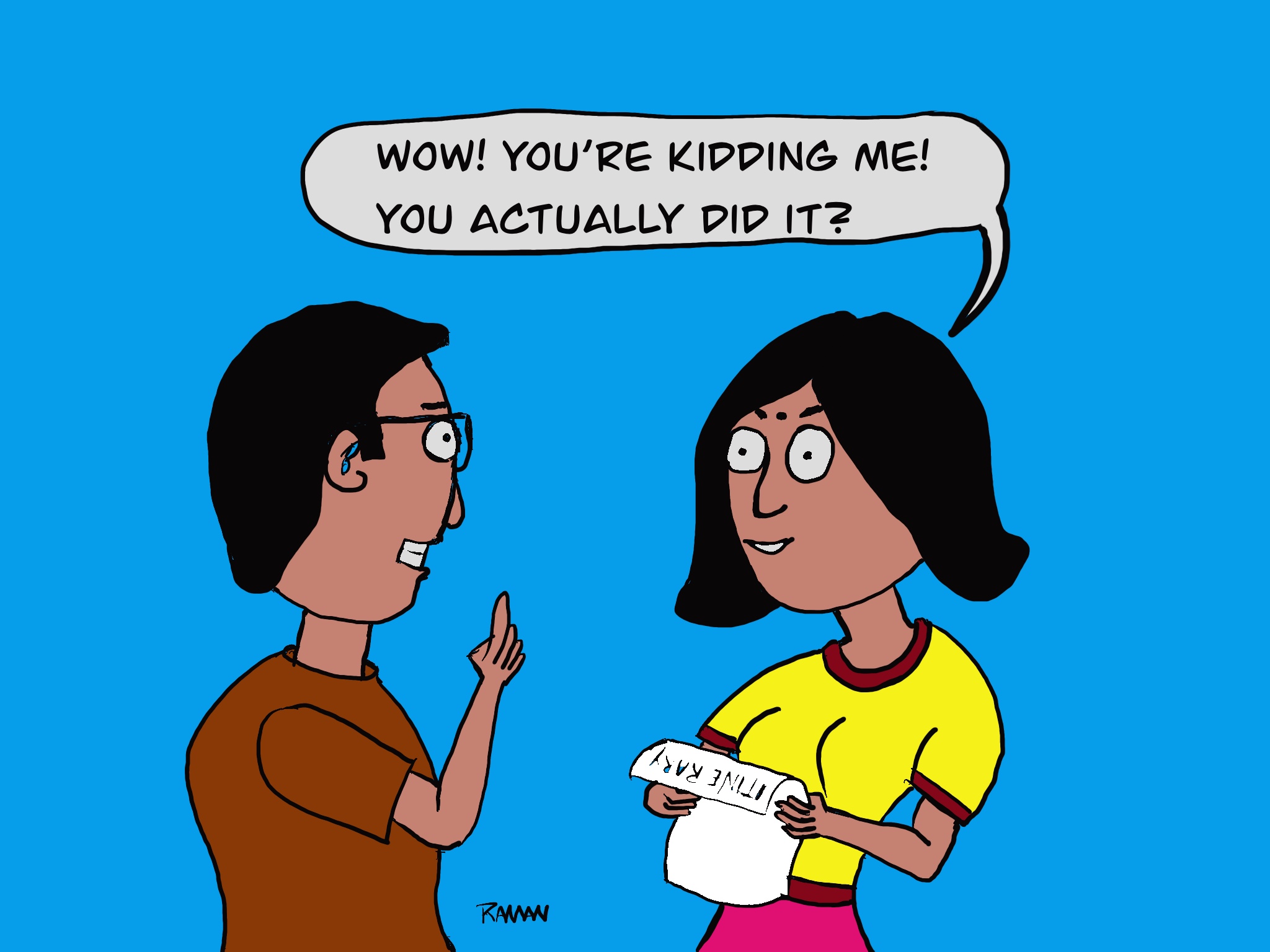 But I may have triggered a pandemic

In May, my wife Praveena and I celebrated our 40th wedding anniversary! Sadly, I cannot but wonder if I had precipitated a crisis by planning that celebration. Let me explain.

Anniversaries come and go every year like clockwork. That’s what they do. It’s up to us to make the most of them. Praveena and I have done pretty well over the years, but there is one lingering — mostly unfulfilled — desire for an anniversary celebration: travel.

My wife’s major dream was to visit Australia for our 25th anniversary. Didn’t happen. Life happens, and it didn’t include such an interlude. We floated several other ideas in the following years, and they just floated away. There was always a reason. For a couple of travel aficionados, we had trouble planning a good travel itinerary for our anniversaries! We did make it to Joshua Tree National Park in 2016, but still no New Zealand, Antarctica, or Angkor Wat, all of which are in our bucket list. May is perhaps not the best time for some of these locations, but we can always dream without worrying about practicality!

If you can dream it, you can do it.

Late in 2019, as the 40th anniversary was coming closer, I was getting restless: I really needed to break the pattern and think of something unexpected. Travel has always been our dream for our anniversary, but it was not on the cards yet again: We had other travel we needed to make in 2020 and couldn’t swing another one on the anniversary date. We were making plans for a family get together in Florida in June/July which would include a flight between San Francisco and Orlando, and a road trip within Florida. It was when I started making airline reservation in December for the June trip that I got the epiphany.

I thought that if we couldn’t travel on the anniversary date, perhaps I could make the Florida trip unusually special. I could then let Praveena know of this special twist on the anniversary day, making it my anniversary present. I decided to upgrade the cross-country flight between San Francisco and Orlando. Following through on that decision was another matter.

I scanned my options on Expedia for making this happen, and my heart stopped! What I was going for would cost us a pretty penny! I reminded myself why I was doing this and the objections quickly vanished…we have come a long way together and this one-time expense was worth it. Still, it took me some time to muster enough courage to click that final submit button, but I did it: I committed to travel by First Class! Praveena deserved it—she has waited long enough for a treat like this. When I made the reservation in December, I told my wife that flight was all set, but didn’t go into the details.

The charm of a well-intentioned surprise is its revelation. The price paid for this reward is the wait till that day.

With the booking done, it was time to make some plans. We started chalking out excursions to explore three different National parks — the Everglades, Biscayne, and Dry Tortugas — over several days, not to mention a visit to Key West. Summer heat and humidity can be a detraction, but I come from South India and I don’t think Florida can trump my experience of walking bare feet through an open corridor, midday, on a sizzling granite floor in the April heat at one of the temples of South India.

I have forever longed to visit Key West. Can’t really say why; it just seems like a fun trip. Perhaps it has to do with it sporting the southern-most point of Continental US where you should be able to see sunrise and sunset on the ocean from the same point. It’s nostalgic because I lived for many years just 12 miles from Kanyakumari, the southern-most point of India, where I could do the same with ocean sunrise and sunset.

Or, perhaps I was hoping to get a glimpse of Old Man Santiago battling the marlin just like Hemingway saw it. Or travelling on the 7-mile bridge through the Keys much like the San Mateo Bridge across the San Francisco Bay. Anticipation of the unknown is wonderful.

All that trip planning was exhilarating, but I needed to make sure I didn’t blurt out the key surprise. It was a torturous wait of five months to keep the surprise for the reveal.

Reveal I did, as planned. Happy 40th Anniversary, My Dear! Everything gelled for the surprise. We never purchase a first-class air ticket to go anywhere. What a fitting celebration!

Alas, it was too good to last. As much as I savor the happy culmination of the five months’ wait, I can’t help feeling that my plans had unintended consequences. My decision on December 9, 2019 — when I made the booking — was to pave the way for our Florida trip to be enjoyed in style. What has happened instead?

The husband who decides to surprise his wife is often very much surprised himself.

Just a month after I booked the tickets, in January 2020, we heard murmurs of COVID-19 when China released news of its impact on Wuhan. But life went on as usual here in the U.S. even until mid-March. No hint of any danger to our travel plans. Then everything unraveled within a month and it became clear in April that our travel plan would be toast.

Once before, I had a cancelled trip like this one: A much awaited trip to the Vatican was thwarted due to my needing an appendectomy three days before the start of that trip! My luck with special trips, the once-in-a-lifetime kind, seems suspect: Something is bound to happen to sabotage my plans. I am convinced that this luck of mine was the true cause of the global pandemic, a means to this sabotage.

Don’t believe me? Consider the evidence:

On December 9 when I bought the ticket, COVID-19 must have been giving Chinese officials grief. China announced the specter of COVID-19 to the world in January, so they must have been battling to contain it in December. Thus, December 9 was as good a date as any when the fate was sealed for the global COVID-19 outbreak.

Hence my assertion: I (really, my luck) may have triggered this pandemic! I am sticking to it.

There is no silver lining for the thousands of people who succumbed to the pandemic or the millions of people whose lives have been turned upside down. But there is one to my quest.

Positivity is essential for happiness in life.

I have been able to successfully keep the surprise gift a secret from my wife. I can say that with confidence. I let Praveena read this narrative up to the previous section and I submit her outburst as evidence of her surprise: “Oh! We were going to travel by First Class? You actually did it? You’re kidding me! First Class! Wow!” Precious moment, indeed. The wait was worth it. Mission accomplished! We have been able to enjoy the idea behind it, keeping in mind that it’s the thought that counts. Praveena is with me on my conspiracy theory too: “We were going to travel by First Class? I am sure that’s why this [pandemic] happened. Positive.”

Moreover, all our plans could be cancelled without financial loss. The whole affair turned out to be a NO that just means NOT NOW. The travails of today portend a better tomorrow. We’re thankful for that anticipation.

Most importantly, my wife and I are here together today and we were able to celebrate our 40th Anniversary. That’s priceless!